SHOOTING STARS UNDERNEATH THE CHERRY TREE 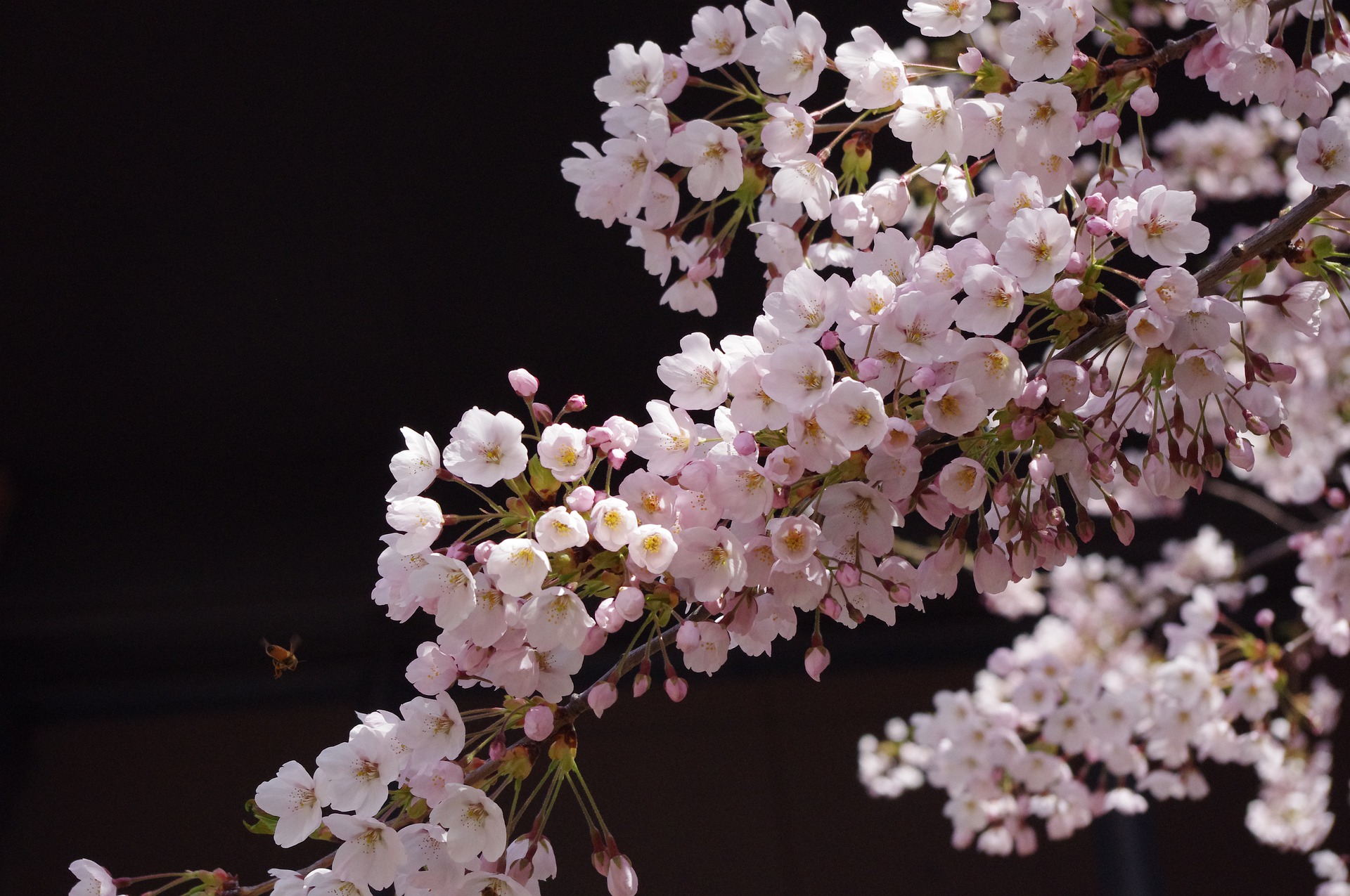 Samantha GrantLeave a Comment on SHOOTING STARS UNDERNEATH THE CHERRY TREEPosted in STUDENTS' STORIES, POEMS AND REVIEWS

A short story by Ulrike Eisner

When Pizza woke up, he was alone. The sky was just starting to become bright, the colour had already changed to a light blue which reminded him of those sweet berries his mother had used to collect for him. He could hardly remember the taste on his tongue and just for a short moment he seemed to hear her high pitch, always ready to cry at him. It had taken years for him to realise that her anger had been caused by worry. She didn’t have an easy job, being responsible for six children had been even harder those days. The winters had been longer, the winds stronger and the food had never been enough.

Thinking about food made him notice how hungry he was. The air was still cold in the morning and even worse in the night. His thick feather dress was keeping him warm, but nevertheless he had lost half of his weight during winter.

To catch a breakfast, he had to leave his nest before. Pizza started to spread his wings, as always proud of their length and power. He could fly faster and wider than all of his brothers, only his little sister was able to follow him through the sky. She wasn’t pretty at all, her body was too small compared to her wide, strong wings and her asymmetric face made her look slower in mind than she was. In fact, she was the smartest one of them, with the best sense for weather changing and an impressive talent for finding unknown collecting points of the fish. And when she dived through the sky, she was more elegant than all the other female seagulls.

Some of them were circling above the sea a few miles away from him but he couldn’t tell if she was there. He only noticed the body made of muscles of his oldest brother. The women loved him, but he always flew six feet underneath the others. Pizza wasn’t sure if he couldn’t lift his massive body or if otherwise he wouldn’t be able to see the fish in the sea. He had never asked because he didn’t want to hurt his brother’s feelings.

At least he left the nest and his wings carried him high above the landscape and the sea. He followed the flow of the wind whose arms tried to break the balance of his wings. So he had to be stronger and he was. With the eyes of an exercised hunter, it took him only a few minutes to find the fish which swam directly underneath the surface to welcome the golden morninglight. They didn’t see him coming, they never did. He had finished his breakfast, when the first one of the others arrived. His name was Shadow, not because of his dark-grey feathers, but because he was used to waiting until someone else had found a place to eat or sleep. Pizza suggested that he also would wait until someone else had selected the perfect wife, but he wasn’t strong enough to win this fight.

He wasn’t keen on a shadow for the rest of the day, so Pizza left this place while Shadow was busy not to drown during the hunt. Pizza headed to the lighthouse, the favourite place of his sister, and was glad to find Aurora sitting on the roof, her feather dress still wet from the diving. “How are you brother?” she greeted him.

“Fine” he replied. “I was in a bit of a hurry because I woke up too late. There was not much time for breakfast.”

“Don’t tell me you became a slow hunter” she said.

“Look at her” Aurora said after a while. She pointed at the little house which stood next to the lighthouse. The garden was on the opposite side of the street, a perfect place to watch the sunrise. And there, underneath a big cherry tree with pink flowers, sat a young woman.

Pizza and Aurora knew her. She was used to sit there every morning, earlier than all the other humans in this small town. However, she was always reading, no matter how beautiful the sunrise was. They had watched her for about a year before they had dared to get to know her. In the first time she hadn’t seemed interested to talk with them, but after a while the conversations had become longer and longer. She was used to tell about the book she was reading, and the siblings shared their own experiences between the sky and the sea, which she seemed quite interested in.

“Quiet” she hissed. “You will wake up the whole house.”

The two seagulls spread their wings to land next to her, so she didn’t have to worry about her family anymore. It took a while until the girl looked up from her book. Pizza always wondered how she got all this information out of some funny signs that looked like a tiny bird with tiny legs had walked across the blank paper. He knew that this was the way humans fixed their language for eternity, but he never understood why. What was the matter about things you thought or said the day before, when there were so many new things to think about today?

“What are you reading about?” Aurora asked after a few more minutes of silence. She wasn’t impolite, she just wanted to make sure that the girl didn’t forget that they were here (which had happened once).

“Oh, I’m really sorry, my friends” the girl apologized and put the book on the ground. “I was reading a comment that was in the newspaper yesterday. The author speculates about nowadays growing nationalism.”

“What does nationalism mean?” Pizza asked. The human language was really strange sometimes, they talked about things you neither can see nor touch way too often.

“Well, it means that the inhabitants of a country think they are better than the people in another one.”

“Are they better?” Aurora asked. “Are those people taller and stronger, do they have more children and are they able to find the best places for eating and breeding?”

“Maybe sometimes, but normally the living conditions are quite similar. They just don’t want foreign people in their country.”

“I understand that” Pizza said. “If someone tried to sleep in my nest, I would attack him until he flees.”

“Actually, those people don’t want to live in their houses, they have their own houses in the neighbourhood. But some people are afraid of them.”

“Afraid of what? Getting attacked?”

They kept talking for almost an hour. The girl used more funny word like immigration, borders, nationalist parties and named a few people who seemed well-known under the humans. She acted very emotional and Pizza wondered why she was so angry (and why she wasn’t afraid to wake up her family anymore).

The sun was shining bright from the sky when they finished their conversation. A female voice shouted from the window: “Breakfast is ready.” The girl apologized and got up to go inside. The two siblings stayed under the beautiful cherry tree for a few minutes. They saw that the girl had forgotten her book. They looked at the front page, it showed a blue background with many golden stars which were ordered in a circle. Some of the stars had started to fall like shooting stars.

“I don’t understand humans” Aurora said. “They live in a beautiful, safe place like this and still they are unhappy.”

“Maybe some of their homes aren’t that perfect.”

“Then why they don’t come to this place?”

“The girl had told us; the humans don’t like new neighbours.”

“But there can’t be that many poor humans in the world.”

Then Pizza and Aurora spread their wings again and returned to their friends and family circling above the sea. The day promised to be perfect and the smell of spring was in the air. Soon it would be time for him to find a wife. This year he also wanted to win the best nest place, Angelo, who had owned it the year before, didn’t seem to be that strong this year. While he was looking out for some more fish, Pizza asked himself why humans always had to fight against each other.