Here is an account written by the group leaders:

Last June, a group of students from our school, with two teachers, went to Hilderstone College to improve their English.

The adventure began at Valencia airport and, after landing in London, we were picked up by a bus from the College, to take us to Broadstairs. There, different families were waiting for us and they took our students back to their homes in pairs. 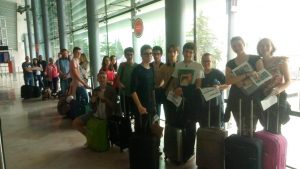 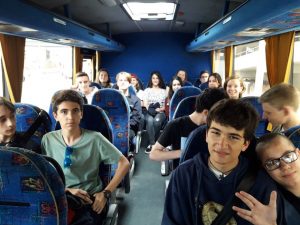 This was really important because they are fourteen and fifteen years old and, for most of them, it was their first journey alone outside Spain.  It was an interesting way to immerse themselves in British life in a secure environment which gave both them and their parents peace of mind.

The programme was really complete and very intensive. They had to go to the college each day from Monday to Friday for classes with their teachers. They were divided into two groups according to their level. David, Sue and Jonny were responsible for the classes, and, with their methodology and humour, they managed to make them dynamic and fun. 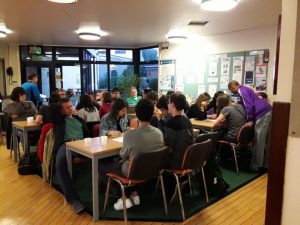 In the morning, the students got up and had breakfast with the families at home. Then, they walked to the college and started the classes. After one and a half hours they had a break (which they usually spent playing table football or air hockey in the games room) and then they continued till lunch time. Every day they had a packed lunch but if anyone wanted to eat something more, they could buy food cheaply at the College snack bar. Kumiko was the cook and always surprised us with her varied, exotic and succulent meals. When they finished, they could go to the media room, to the games room, to the garden to do something else or just relax and unwind. 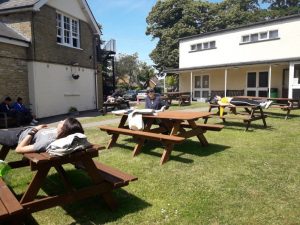 Their afternoon classes were different, and often involved excursions and games. At five o’ clock, they finished and went back home for free time and dinner until eight o’clock. In the evening there were more activities with Hilderstone, like the talk on British geography (very, very interesting), bowling, karaoke, disco, etc. All of them were unforgettable and great fun thanks especially to Dave and Lynn.

At the weekend, we visited London and walked around the Houses of Parliament and the Westminster area, the London Eye, Buckingham Palace, Piccadilly Circus, Trafalgar Square, China Town, the Glove Theatre, the Tate Modern Gallery, Tower Bridge, etc. It was a very intense day and we were very tired at last!! 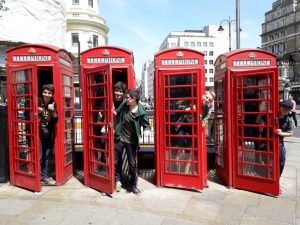 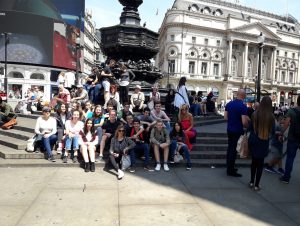 Another day, in the afternoon, we went to Canterbury and walked around its streets, visited the library, cathedral and some parks. A very nice place! As well as that, we went on two excursions more, one walking to Ramsgate around the coast  and the other, visiting nearby towns and places of interest. Teachers and other members of staff were always with us to explain everything we saw. 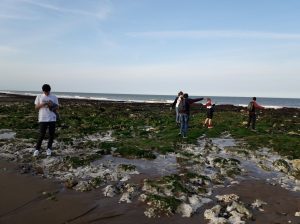 It was a very interesting experience and we will always  remember this time. Broadstairs is a very nice place. I can hear the beach with the seagulls and see the people in Dickens Week dressed up in the clothes of the 19th century. 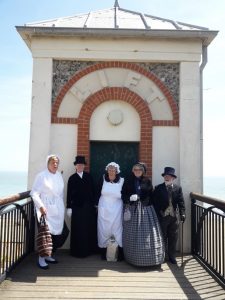 The  families were really hospitable and all our pupils were very comfortable with all of them. And, of course, I must mention Hilderstone College and all of its teachers and other staff who did everything possible to help us have a fantastic time. I am grateful to the teachers Dave, Sue and Jonny, to Natacha and Lynne in the marketing department (who helped organise everything before we arrived), Dave and Lynne, the social activities organisers and to the Principal, Director and Deputy Director of Studies. Thanks again and I hope to come back another time.